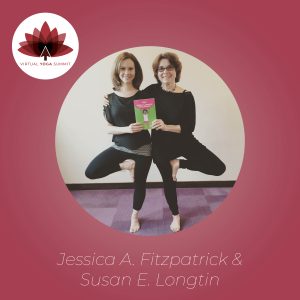 Autism spectrum disorder (ASD) refers to a broad category of neurodevelopmental disabilities defined by two core characteristics, namely 1) impairments in social communication and social interaction and 2) the presence of restricted, repetitive patterns of behaviors, interests, and activities (American Psychiatric Association 2013). Deficits in both of these areas must be present in order for an individual to be diagnosed with ASD. ASD affects the abilities to initiate and maintain interactions, establish appropriate eye contact, and take turns with others. Although the onset of the condition must occur in the early developmental period, usually before three years, symptoms might not manifest until somewhat later when the demands of social communication exceed the child’s capacities and often persist across the lifespan. ASD has increased in prevalence over the past two decades, perhaps due to a widening of the spectrum to include milder cases, increased awareness of the early signs of the disability, a combination of the two, or some other factor. About 1 in 59 children has been identified with ASD according to the most recent estimate from the Centers for Disease Control and Prevention.

The introduction of yoga to children with ASD can build strength, balance, and flexibility. The practice of yoga for these children also presents numerous other physical, cognitive, and emotional benefits. Yoga provides a relaxed, playful environment that stimulates communication and socialization. Since children with ASD exhibit difficulty with social-relatedness, partner yoga, in particular, can promote eye contact, joint attention, and reciprocity among peers. In addition, children with ASD tend to engage in more solitary, concrete play of a repetitive nature rather than cooperative, symbolic play. END_OF_DOCUMENT_TOKEN_TO_BE_REPLACED 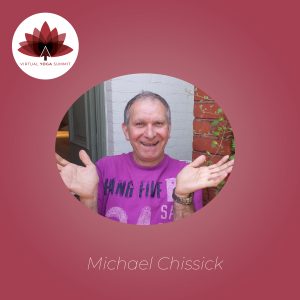 Michael Chissick, founder of Yoga at School, has been teaching children’s yoga in primary mainstream and special needs schools as part of the curriculum for more than two decades, so that staff are able to deliver yoga as part of the school day.

In this video, he shares the story of Anita, a student in class, who benefited from Michael’s ‘Everybody In’ approach to teaching children’s yoga. 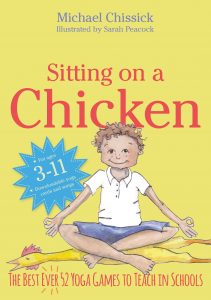 Sitting on a Chicken
The Best (Ever) 52 Yoga Games to Teach in Schools
Michael Chissick, illustrated by Sarah Peacock

From games such as Knock Down the Tower and Yoga Detective, to simple sequences and the Ladybird Relaxation, experience the benefits of incorporating yoga in the school day. Build assertiveness, concentration, self-esteem, healthy competitiveness and fitness with classes of any and all abilities. Read more 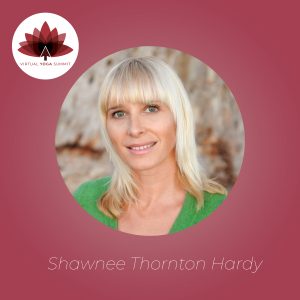 Shawnee is a C-IAYT-certified yoga therapist, M.Ed., 500 E-RYT and RCYT (Registered Children’s Yoga Teacher). She is the founder of Asanas for Autism and Special Needs and the founder/director of Yoga Therapy for Youth Teacher Training Program. Shawnee has worked with children and adults with autism and special needs for over 20 years, specializing in working with children and adults with significant cognitive and language delays, sensory processing deficits, as well as severe behavior challenges. She wrote and published a book, Asanas for Autism and Special Needs – Yoga to Help Children with Their Emotions, Self-Regulation and Body Awareness (Singing Dragon, 2014), is the creator of the C.A.L.M.M Yoga Toolkit and is currently working on her new book Yoga Therapy for Children and Teens with Complex Needs, to be published by Singing Dragon in 2021. She has a yoga school through Yoga Alliance in order to train others in yoga approaches to support children and adults with complex needs and travels globally to share her teachings. 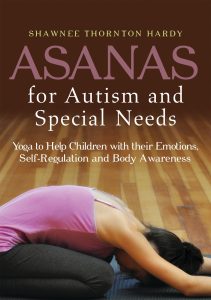 Asanas for Autism and Special Needs
Yoga to Help Children with their Emotions, Self-Regulation and Body Awareness
Shawnee Thornton Hardy

Teaching yoga to children with Autism Spectrum Disorder and other special needs is easy using this visual how-to handbook. Breaking down yoga instruction pose by pose, body part by body part, breath by breath, this book uses easy-to-understand language and clear photographs to show parents, teachers, yoga instructors, and other professionals how to introduce the life-long benefits of yoga to a child with special needs. Read more

As part of our Meet The Singing Dragon Author series, we speak to authors to discuss their motivation for entering their respective industries, inspiration for writing their books, what challenges they faced and who they would recommend their books to. Is there a specific Singing Dragon author you would like to hear from? Let us know in the comments or join the conversation using #MeetTheSDAuthor. 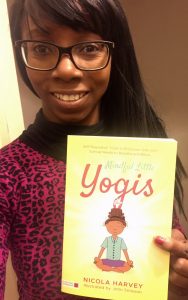 How did you become interested in mindfulness for children? Were there any challenges in breaking into this field?
During my time as a special needs class teacher I was surprised at the social pressures and academic demands placed on children from as young as 4 years old to conform. I saw first-hand how this triggered anxieties and other mental states in children. With less public funding in place, many children have reduced access to the much-needed support they require in schools and communities so I decided to undertake additional training to integrate mindfulness, emotional resilience and coping strategies into my classroom routines. Over time, this helped my students gain better access to the curriculum, learn how to communicate their feelings, develop self-regulation tools and achieve mental clarity.
END_OF_DOCUMENT_TOKEN_TO_BE_REPLACED