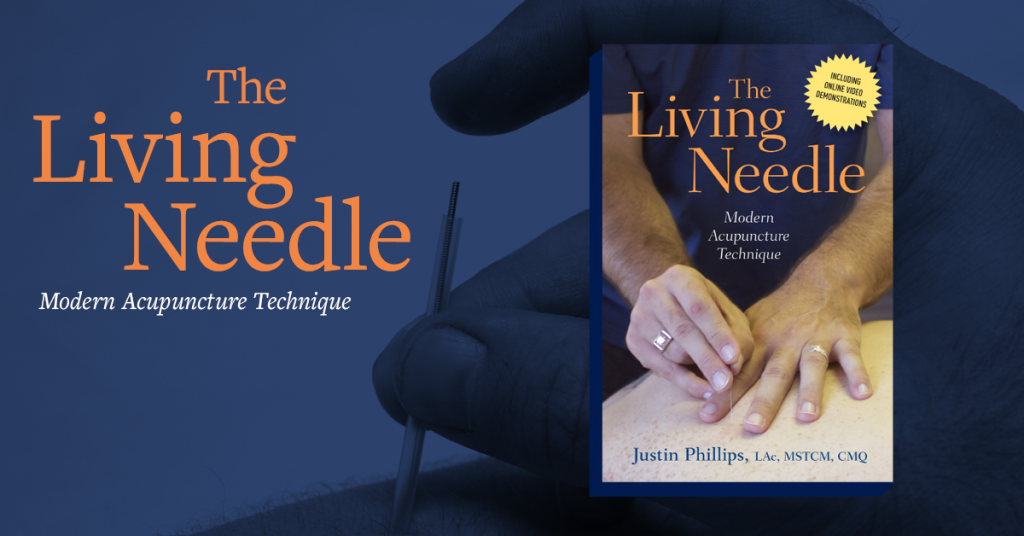 I have spent a lot of time developing my technique with an acupuncture needle. First as a practitioner of Traditional Chinese Medicine (TCM) and then as a teacher of needle technique, and now as the author of The Living Needle, a book on the subject. I have a lot of friends who aren’t acupuncturists that ask me if there is anything in all that work for them, other than just getting treatments from me. The answer is a resounding yes! While the needle is certainly the most well-known tool of the TCM practitioner and a very useful one as well, it is not the most important thing at my disposal, or even completely necessary to my trade.

As I discuss in The Living Needle, what is most important is that the body is engaged, and not simply engaged in a passive way, but really meaningfully engaged. This can be accomplished with or without a needle. While it is wonderful to be able to make direct contact with the deeper tissues, the fact that is so often forgotten by providers and patients alike is that all the body’s tissues are interconnected into one vast network. This means that contact with any tissue will necessarily affect all the others. Because of this, as any good massage therapist knows fingers can be just as powerful as needles. This reality is perfectly clear not only in massage, but in trigger point therapy and any number of other manual techniques using nothing more than a finger or an external tool to create pressure.

Am I suggesting that you don’t need to see an acupuncturist? Not necessarily because there is a wealth of diagnostic and other skills we bring to the table, I’m just suggesting you might not be stuck waiting on your appointment to start seeing benefits. You don’t even have to go to a massage or physical therapist to start reaping some rewards (though in a lot of cases you should go see them too). What I’m suggesting more than anything, is that your health and well-being are your business first and there are some simple tools and tricks close to hand that you can start using right now!

All around your house are implements that you can bring to bear on your aches, pains, and even internal medicine issues; from the handle of a spoon, to a toothpick, or a rolling pin, almost anything can be used to apply targeted pressure to the body. And of course you always have fingers. Here are a couple specific things that you can try.

The most important thing to remember with any of this is that the real treatment, the fundamental improvement isn’t about the tool that you use, it’s about the meaningful engagement with the body. Most of us live a life where we are largely separated from our bodies as far as awareness goes. The adage I often share with students and patients alike is that most of us don’t know we have feet until we stub our toe. So while you’re doing any of these practices, really get involved. Don’t simply poke away at the body while you make a mental grocery list of other things you have to do. Be aware of the sensations you feel under your fingers and in your tissues. After all, it’s your body, you might as well get to know it!

This more than anything is the real art to medicine, the ability to actively connect with a body and respond to it in the moment. This is also where real health lives. If you want to learn more about engaging the body feel free to pick up The Living Needle: Modern Acupuncture Technique. 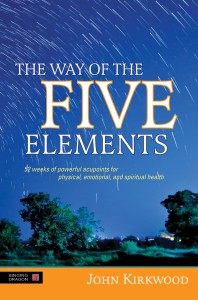 In The Way of the Five Elements, John Kirkwood references a category of acupoints known as entry and exit points. Here, he elaborates on these points, the timely use of which can make big differences to treatment outcomes.

If work with a client is not holding, there may be a block to treatment and it is worth looking for a possible entry-exit block since these are the most frequently encountered blocks and the most easily treated. Acupressure is well suited to working with these blocks.

An entry-exit block arises when Qi is not flowing freely from one meridian to the next. The blockage of Qi flow between exit and entry point may be partial or complete.

Sometimes a block becomes evident early in treatment, but more commonly, the block occurs during the course of treatment and needs to be addressed in order for the treatment to proceed successfully.

The most reliable way to detect blocks is on the pulse where there is a relatively full pulse on one meridian and a relatively deficient pulse on the following meridian. If the pulse is not used, signs and symptoms such as skin eruptions, swelling, pain, constriction, feelings of congestion, fullness or emptiness at the entry-exit points are all suggestive of a block.

In addition, if treatment suddenly becomes less effective or stops working altogether, an entry-exit block may be suspected. An unexpectedly strong reaction during the course of treatment can also indicate a block. This kind of block is caused when an existing block manifests itself as a result of the extra Qi that is made available.

When a block is suspected, palpation of the points can confirm the diagnosis. Holding the points, the practitioner may sense a numbness, deadness, emptiness and/or lack of movement either at the entry point, the exit point, or both.

Blocks may be bi-lateral or unilateral. To focus your intention, it is best to work on one side at a time. Begin by holding both the entry and the exit point. Stay with both if both are blocked. If only one is blocked, then hold the one blocked point.

Some points can take a long time to open, and even then reluctantly. When both practitioner and client visualise pulling Qi through, this can aid the process.

More than one treatment may by necessary to resolve a block. Even when the block appears to be resolved, it may reappear later in treatment.

It is this second kind of block that I want to focus on here since it occurs more frequently, is the greater block to treatment and tends to produce the more serious symptoms.

LI 20 is slightly lateral and superior to the outside base of the nose. Qi flows to ST 1 which lies below the pupil at the orbital ridge. Signs and symptoms can include spots or rashes at LI 20, nasal congestion, sinusitis, difficulty smelling, spots or rashes below the eye, eye spasms, pain or congestion at the eye.

This is one of the more common entry-exit blocks. SP 21 lies on the side of the body, below the armpit in the 7th intercostal space and roughly at the level of the xiphoid process. Qi flows from there to HT 1 which is in the depression at the centre of the armpit. Symptoms can include fullness of the chest, palpitations, pain in the ribcage, depression, fatigue, pain in the armpit, appetite disorders, and spots or rashes at the site of the points.

SI 19 is at the tragus of the ear, in a depression that appears with the mouth open. Qi flows from there to BL 1 which is located at the inner corner of the eye, just above the tear duct. Symptoms can include jaw tension, eye problems, tear duct issues, eye pain and headaches.

K 22 lies in the 5th intercostal space, 2 cun lateral to the midline, flowing to HP 1 which is 1 cun lateral and slightly superior to the nipple in the 4th intercostal space. On women, use HP 2 which is between the heads of the biceps 2 cun below the fold of the armpit. Symptoms can include tension or pain at the side of the sternum or in the breast; rashes, spots or lumps at site of points or in the intervening space; depression, fear and lack of joy for life.

TH 22 is 0.5 cun anterior to the upper border of the root of the ear, on the posterior border of the hairline of the temple, flowing to GB 1 in a depression 0.5 cun lateral to outer canthus of the eye. Symptoms of this block may be frontal and temporal headaches, vision problems, tics and an inability to see the way forward or take action.

LV 14 is on the nipple line, in the 6th intercostal space, usually slightly above the level of the xiphoid process. Qi moves from there to LU 1 which is 6 cun lateral to the midline in the 1st intercostal space. Symptoms can be breathing difficulty or constriction, fullness of the ribcage, emotions of grief and anger (often suppressed) and a feeling of being tired and wired.

By becoming aware of the potential for these blocks and clearing them as they arise, practitioners can greatly support their clients’ treatment processes and promote swifter healing.