In the following case study you can read how *Sinclair’s behaviour improved significantly because of his success in the yoga lessons over two terms. The plan, to teach challenging postures with aspects of social & emotional of learning at the core of the programme, helped change Sinclair’s attitude and behaviour.

*Not his real name.

Is this scenario familiar?

Sinclair was a Year 4 pupil child in a primary school where I was asked to deliver yoga for a year. His class teacher described him as having a low self image, often moody, with a short attention span; often disrupting the class with silly noises or swearing. Sinclair was aggressive to other children and found group work difficult. On the positive side Sinclair enjoyed PE, loved football, was sharp and incredibly flexible.

My main focus
Whilst I am a specialist children’s yoga teacher, the main focus of my work with children centres on the social and emotional aspects of learning. I teach whole class and everyone is included. The foremost aim in every lesson is to enhance children’s self esteem. Other benefits like improved flexibility, fitness, better concentration and calmness, for example, are natural when you practice yoga, yet combined with the emphasis on the aspects of social and emotional learning contribute to a powerful increase in the child’s sense self worth.

Individual Aims for Sinclair
Working with his Class Teacher we decided on the following specific aims:

Our Approach
Our approach was to cultivate and build on the following three positive aspects:

Sinclair the demonstrator
Sinclair was a natural yogi and we quickly realised that he was excelling at the posture work.

We decided to use Sinclair as much as fairly possible to demonstrate new postures and reinforce old ones to the whole class. Before the lesson class teacher would remind Sinclair that he was being given the responsibility of showing the other children postures and it meant that he had to show responsible behaviour too.

Sinclair the ‘helpful teacher’
Group work was an essential ingredient of the lesson in achieving our aims. The children worked in groups of six. Each group was to work as a team to find a way to perform a specific posture in an interesting way that also supported and connected with each other.

We made it clear that we were looking to reward group skills which included listening and making decisions. Above all there was an emphasis on group members helping each other in a kind and encouraging way. In other words children were given the responsibility of looking out for each other. 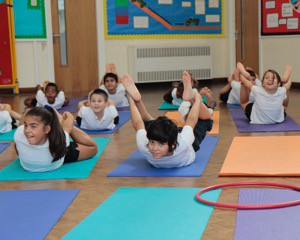 Sinclair’s expertise at the postures set him up as a natural leader and his attention to detail meant that he could spot ways to help children in his group.

We had given some input on how to change an aspect of the posture in an encouraging way, and Sinclair learnt and applied these skills with ease and a gentleness that his teacher had not seen before. He was also very keen to be the group spokesperson, yet gradually, over time, he more readily agreed to let someone else have a turn.

Sinclair the ‘Star’ at school and at home
Sinclair performed the most challenging postures to whole school at two achievement assemblies, where he was encouraged to explain how yoga had helped him to be calmer and more focused. We also discovered that his family eagerly awaited his return from school on yoga day when he would teach them new postures and play yoga games with his two brothers.

Certificates and stickers
Sinclair worked hard to get the special certificates that were awarded to children who could show:

He also earned his fair share of stickers for good listening, learning to be still in calming postures and games and relaxation, as well as increasing concentration and being well mannered.

Summary
The combination of our behavioural approach and the yoga improved Sinclair’s self esteem and consequently improved his behaviour because:

This case study is yet another example to support the case for yoga to be taught in schools as part of the integrated school day on an ongoing basis. Clearly, it also shows the importance of placing the social & emotional aspects of learning at the core of the yoga lesson. 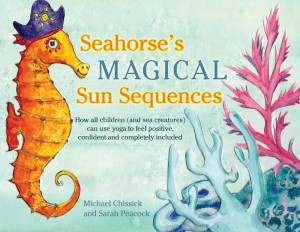 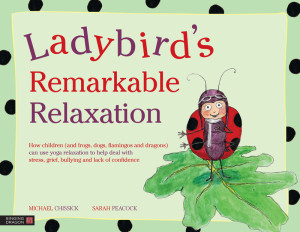 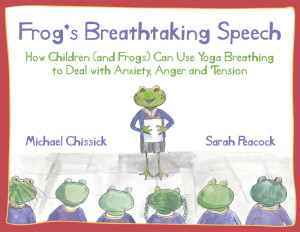