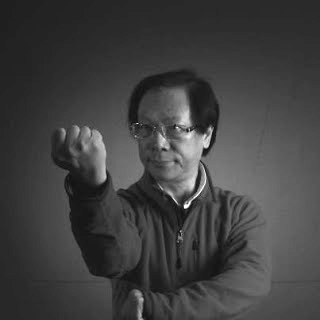 Initially this theory was a concept without clear differentiation. In Dai family Xingyi Quan, each time one began to train a fist one had to practice it several times with a soft Jin at first and then a few times with a hard Jin before closing the movement. The intention was to practice slowly to begin with, ensuring that the movements were accurate, and to use the Yin energy completely, co-ordinating the movements between hands and feet. Through repeated practice one would collect the Jin in the body, accumulate a ball of Qi and release it with power and sound, with an integrated and explosive force in a single movement. Hebei Xingyi Quan inherited the above method but took a more direct approach, whereby one had to learn the hard Jin at first so that one would achieve power and could apply it quickly. Once one had mastered the fierce and hard way of practice, they would then begin to train the An Jin and Hua Jin.

The practice method of the three Jin is mainly used in the Five Elements Fists. Each fist is practiced in three ways. First, master the hard movement so that you can face the enemy; then begin to practice sets of the form; finally, go back to the beginning to train An Jin. When you are proficient you can train the Twelve Animal forms, before finally training the Five Elements Hua Jin.

The differences and training methods of the three Jin are described in detail below.[1]

This is the power of metal, and explodes forward without thinking of retreat. As the Sword Classic of Yu Dayou states, “Every step moves forward, unmatched under heaven.” The Boxing Classic states, “Rushing up and rushing down the posture is like a tiger, fighting hard, entering hard without blocking.”

Ming Jin requires one to train the six harmony and four tips at first. The three centers (hearts) need to be solid and the Qi needs to sink into the Dan Tian. The body needs to prepare the five bows, and train so that one is stable and low, hard and fierce; one needs to have great courage. The Hun Yuan power, which is stable and accurate, must infuse the whole body, which has the effect of increasing power and speed. When striking one is able to knock the opponent back several feet, like “hanging a picture on a wall” or breaking the wall with a step. The classics state, let one “build one’s foundation, strengthen one’s body, the bones and body become solid like a rock of iron, and the form and energy field are imposing like the Tai mountain.” This is the foundational practice for changing the bones and transforming Jing into Qi.

Soft Jin, short Jin, braking feet, blocking hand, the back foot following, using the Jing to hit, the power of the legs.

This is the wood energy; the steps are small, and thus you are able to advance and retreat. Each step is like an encampment. An Jin is the energy of being round outside but square inside: when training the outside looks soft and round and “moist,” but when issuing power the internal is square and hard and at right angles. When you strike your opponent, he will only retreat half a step but will have an internal injury. The classics state, let one “expand and lift their membranes, lengthen their tendons, the expansion is limitless.” This is the practice for training the tendons and muscles, and for transforming Qi into Shen.

Elastic strength, twisting strength, the mystique of change, the wonder of dissolving.

At first one needs to develop a dragon’s waist—to twist and turn, to use opposing energy, and to hit slowly. The steps are lively—you will be moving in a zig-zag triangle—and the applications of the steps come from the Twelve Animals forms. The Five Fists contain more than six ways of dissipating the opponent’s energy. This form contains six changes and the fists attack in eight directions. The classics state, “Cleanse and empty the inside, lighten the body, the signs that indicate the interior is clean and empty: the flow of the Shen and Qi can be used, moving in a circle without hindering the moving and turning of the body, and one is as light as a feather.” Hua Jin is not categorized as bright or dark, hard or soft. Ming Jin is Yang and An Jin is Yin; thus, Hua Jin is a mixture of Yin and Yang, with Yin and Yang interpenetrating each other. The Shen and the intention penetrate the whole body, washing the bone marrow; this is training the Shen to return to emptiness.

The three Jin, from a theoretical perspective, are divided as above. Thus, Ming Jin is Jin or power that is easily seen; An Jin is hidden and cannot easily be detected; Ha Jin is negating the enemy’s force and returning it to the enemy.

During the training process, each level of training of the Five Elements has a strict demarcation. As with hand work, foot work, and body methods, each fist has a unique and fixed training method. It is a complete and complicated process.

Ming Jin goes out and returns in a straight line; An Jin only begins when stillness reaches its zenith; Hua Jin remains inside and is not revealed.

Finally, they all interpenetrate each other, shifting the soft to the hard and shifting the hard to the soft. Hua Jin is in complete control of Ming Jin and An Jin, mixed into one body.

The three Jin are shown within the Xingyi Quan system, with form and intention, as below:

[1] Modern practitioners do not explicitly demarcate three levels of training Jin, usually focusing on training Ming Jin (as it looks good and is fierce) and stopping there. As for An Jin and Hua Jin, many do not understand them and so do not practice them. Most people think that practicing slowly and using less force is An Jin, and do not understand the way to practice Hua Jin at all.

For more on Xingyi Quan, and on Master C S Tang‘s work, visit his website: http://cstang.www3.50megs.com/index_en.html