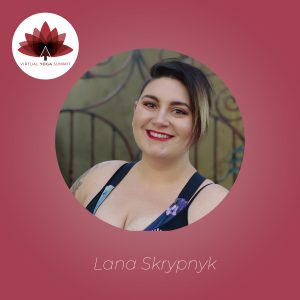 As I write this, hate crimes against the LGBTQ+ community are at their highest. A poll indicates that two-thirds of people identifying as LGBTQ+ are afraid for their safety when holding hands or displaying affection for their partners in public. 59% of all of those identifying as LGBTQ+ and 81% of those who are transgender report being called a slur in reference to their sexual and/or gender identity in the past year.

As I write this, I myself stand at a cross-roads of intersectionality. As a naturalized citizen immigrant, queer-identifying individual with several invisible disabilities, I have been afraid and anxious since 2016. I am also someone who suffers from mental health issues, including complex PTSD, and someone occupying a larger body than society deems “acceptable”. I have not always had the means to access healing spaces – such as the one that yoga can provide – for a variety of reasons, with cost and lack of representation by people looking like me at the top of the list. Unfortunately, with the Westernization of yoga and its cooptation by the fitness industry, high-end studio fees, expensive athletic clothing and equipment, and traditionally attractive, young, flexible white women on Instagram have become the norm associated with yoga. By sheer luck, I was able to get a Groupon deal to a local yoga studio that provided both diversity and a space where I felt safe enough to explore. I fell in love with yoga and decided I wanted to become a teacher in that very first class. For the first time in weeks, if not in my entire life, I was able to get out of my head for an hour, drop the persona so many of us who identify as LGBTQ+ or are “other” in some way have to keep up during the day, and just be. I wanted to provide the same experience to others like me. END_OF_DOCUMENT_TOKEN_TO_BE_REPLACED